The Hill Times: When the Green Party fights, its candidates end up getting bruised 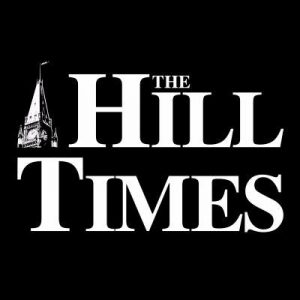 I recently wrote an op-ed for the Hill Times describing how the Green Party infighting has been impacting experience as a first-time candidate.

The full piece can be found here and below.

This was supposed to be the year when the Green Party would finally break through in the polls. With wildfires ravaging the west, housing slipping out of reach for many, and a pandemic that has shown us that governments can act swiftly given the political will; a party founded on tackling the climate crisis should be surging.

Acting urgently to curb carbon emissions, a guaranteed livable income to mend the gaps in our social safety net, and a renewed and diverse democracy that is truly representative; these were the ideas that brought me to the Green Party. Instead of discussing these ideas, Canadians are watching as the Green Party struggles to hold itself together.

Like a child who watches helplessly as their parents teeter on the brink of divorce, I feel the same helplessness watching the party’s Federal Council attempt to oust our Leader, Annamie Paul. I have no stake in this war, nor do I have any control on its outcome, all I can do is watch in horror as the conflict plays out in the media in real time, leak by leak.

For political junkies and the most diehard Greens, the intricate saga of how we got here is the stuff of opera, riddled with intrigue at every twist and turn. But to the everyday Canadian that I speak to at the doorstep, what they see is a party trying to kneecap their own leader on the eve of an election. There is no nuance or justification, only chaos.

Running for office, especially as a first-time candidate, is challenging as it is. The financial, mental, and emotional costs are high. I’ve been living off savings for months as I took a leave without pay from my dream job as a Director at the National Research Council to run. I’m running to bring more diversity to parliament and more science to politics. I’ve been giving it my all, working around the clock and pouring every ounce of myself into the campaign. My friends and volunteers have devoted hundreds of hours to the cause. Candidates across the country have made similar and often difficult sacrifices.

To add to those challenges, I now face accusations of representing a party that is anti-Semitic and racist. As a Filipino-Canadian who immigrated to Windsor at the age of five, I’ve seen my fair share of overt racism. So far, every other Green candidate and volunteer I’ve met has been nothing but gracious and welcoming to me. While no institution is entirely free of racism, the Green Party is certainly not a racist party, and I wouldn’t be running if it was. I also understand the power of statements, and the hurt that can be caused from them. I understand how some members of the Jewish community have been hurt over the past few weeks. I abhor anti-Semitism in any form. It’s difficult not to take it personal when people accuse me of being anti-Semitic and racist, especially when those things run so deeply against my values as a person.

As this internal Party conflict drags on, all it does is alienate the candidates and volunteers who have worked so hard to bring Greens to government. I strongly urge Federal Council to shift focus to the election as candidates and their local electoral district associations have already been doing for weeks. Any continued turmoil only instills distrust and apathy in the Canadian voter about the Green Party.

The forests are burning, and the air is thick with smoke. It does not need to be this way. Canada has the innovation, skills, and resources to become the world’s next clean technology superpower. As a scientist who has developed clean technology to decarbonize Canada, I know we can do this. We can electrify our transportation sector, become a net exporter of fuels of the future like clean hydrogen, own the battery supply chain from start to finish, and develop sustainable net-zero buildings that lead to healthier and better cities. The Green Party has always been there to show Canadians what this future could look like, and it needs to rally together now more than ever to make it a reality.

Toronto-St. Paul’s is on the traditional territory of many nations including the Mississaugas of the Credit, the Anishnabeg, the Chippewa, the Haudenosaunee and the Wendat peoples and is now home to many diverse First Nations, Inuit and Métis peoples.

© 2021. Authorized by the official agent of Phil De Luna