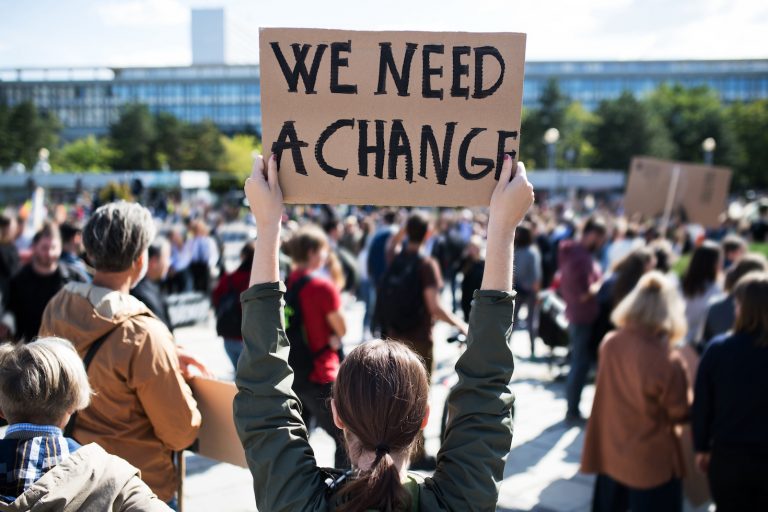 Phil recently published an article in GreenBiz, “Politics needs green innovators too“. You can read the entire piece below.

Like many, the pandemic gave me an opportunity to self-reflect on my life and my role in the world. As a scientist, I thought we could solve the world’s problems with technology, that every issue could be fixed with human ingenuity. I came to the realization that while science and innovation is necessary, it is insufficient to make the change we need to address complex problems such as a global pandemic or worsening climate change.

We need technology, finance and policy, all working together to move the needle. I looked around and saw that technology was advancing, that financers and institutional investors were starting to act and demand more from companies, but that government and policy were lagging behind technology and the markets.

I have spent my career developing clean technology, first as a researcher and highly cited scientist in academia, then as a startup entrepreneur and Carbon XPRIZE finalist, and most recently as the youngest director at the National Research Council of Canada leading a $46 million program to develop made-in-Canada clean technology. I know what it takes to go from discovery to product, from innovation to impact. I’ve found that often it’s not the science or even the funding that is a killer, but rather the policy landscape that fuels a new technology’s growth.

Many do not realize that much of our existing energy infrastructure was and continues to be government-subsidized. Fossil fuel subsidies in the United States are estimated at $62 billion annually and they were $14.5 billion in Canada last year. If we want to transition to a net-zero economy, we need to properly incentivize and price in the impacts of emissions and climate change.

Government action and policy can move quickly in the face of a crisis. We saw that with the COVID-19 pandemic and the massive response to bring life-saving vaccines to market in record time. That same level of urgency and response needs to happen now to address climate change. Governments have the overarching power to set the stage for the transition and have the stimulus power to ensure that people in heavy emission sectors have a clean job to transition to.

This transition is increasingly being requested by society. Consumers, especially younger generations, are demanding that the products that they buy and the services that they use are sustainable. That will only accelerate as the effects of climate change continue. Not only is sustainability good for the planet and its people, but it is also good business too.

The private sector can do its part to encourage green policies. Companies can trial sustainable practices, policies and programs that could be implemented by governments such as municipalities. They can advocate for more sustainable policies and invest in clean technologies that will competitively position them for the transition. Becoming a first mover in the clean economy is a massive advantage. Companies should be working with governments to derisk those investments and make it easier to do so. Imagine if those billions of fossil fuel subsides were put towards supporting decarbonization technologies that companies could use to create more sustainable supply chains.

Becoming a first mover in the clean economy is a massive advantage. Companies should be working with governments to derisk those investments and make it easier to do so.

Despite the science being clear for years, society and consumers demanding more action and investors increasingly seeking more sustainable portfolios, many governments are not on track to meet their Paris Agreements. We need governments to act with greater urgency, and after seeing far too many governments make promises that were never kept, I have decided to run for office to spur that change.

I have left science and my dream job to run to become a Member of Parliament for the Green Party in Toronto. The Canadian system is a parliamentary democracy based off the United Kingdom. People vote for local representatives that are affiliated with a party. The winner of an electoral district in a general election becomes a Member of Parliament (MP) and that party gets a seat in the House of Commons. The party with the most seats becomes the majority party in power, and the leader of that party becomes Prime Minister.

There are a few major parties in Canada: the Liberals (current party in power); Conservatives; National Democratic Party; Bloc Quebecois; and the Green Party. I’m running because we must move faster to combat the threat of climate change and sustainably renew our society and economy. I’m running because we need more diversity in parliament and more science in policy. I’m running because I want to lower the barriers for other non-traditional candidates to consider running, because a diverse government is robust and resilient.

I believe diversity is a strength, which is why I’m very passionate about lowering the barriers of entry, especially for non-traditional candidates. Being a young millennial, a Filipino-Canadian, a scientist and cleantech innovator — these are all things that are not typically represented in politics. I think that needs to change. To help demystify the process of running for office in Canada, I’m vlogging my campaign journey so that other non-traditional candidates, regardless of party, will consider running.

We need more green innovators in politics, more people who understand the complex challenges and the massive opportunities that a clean transition holds. The clean economy will be the economy of the 21st century. We need leaders who can recognize and capitalize on this.