You can read the full article below.

If science could send a man to the moon, could it send a Filipino-Canadian to Parliament?

The youngest-ever research director and a leading scientist in clean tech innovation is entering the political arena to push his ideas even farther.

“Technology is not enough but government policies can do much better and faster,” he told PhilippineCanadianNews.Com (PCN.Com) in an interview following his announcement of his candidacy under the Green Party of Canada. De Luna will run in the  Toronto-St. Paul riding currently held by Liberal Carolyn Bennett.

The 29-year-old De Luna is the second to announce his candidacy in federal politics following lawyer Paul Jonathan Saguil who is seeking nomination for the Liberals in Toronto Bramptom.

The award-winning scientist is one young man in a hurry and is passionate about his goals.

De Luna is focused on three main issues: “supporting our essential workers, housing affordability, and green jobs that leave no one behind. “These topics are deeply personal for me. My fiancée is an operating room nurse at Sick Kids and an essential worker. Many of my fellow Filipino-Canadians often occupy low-paying but essential roles. My generation is increasingly feeling squeezed out of the housing market and is wondering, will we ever afford a home?”

“He is precisely the kind of hard working, creative, honest, and determined individual any party or constituency would want in parliament.” said former Conservative Senator Hugh Segal, among one of many prominent endorsers of De Luna’s candidacy. 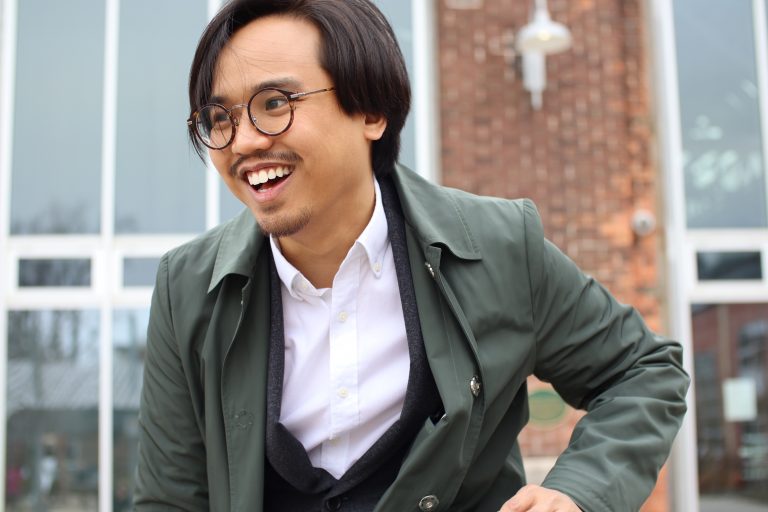 “His experience in the world of science, research, technology and environment, reflects the expertise we need in government now more than ever, Segal adds.”

Under the leadership of Green Party Leader Annamie Paul, the Green Party recently launched the Time to Run campaign to recruit diverse, progressive community leaders as candidates for the federal election.

And that’s how he will utilize it to help his campaign – raising the much needed financial contributions.

“Our party does not accept corporate donations, so we really need the grassroots contribution – $2 or $5 or whatever one can afford,” he appeals.

Asked if his family is supportive of his run given that he is giving up a lucrative government job, he said he convinced his mom and dad including his fiancee after explaining his reasons.

“If we don’t have good people to run (in politics)  then what will we have left? Even if I don’t win I hope I inspire others,” he told his mother.

I’m running because I think we need a new kind of politics, one that listens to the science, represents a diversity of Canadians, and offers solutions instead of criticisms. I’m running for MP in the riding of Toronto-St. Paul’s in the 2021 federal election. Part of my goal in this campaign is to help others who are new to the political process (especially underrepresented groups) learn about the nitty-gritty of running, so I’m documenting my journey in this video series.

Follow me as I vlog my experiences and try to demystify running for office. I hope my journey encourages other non-traditional candidates to consider running too.